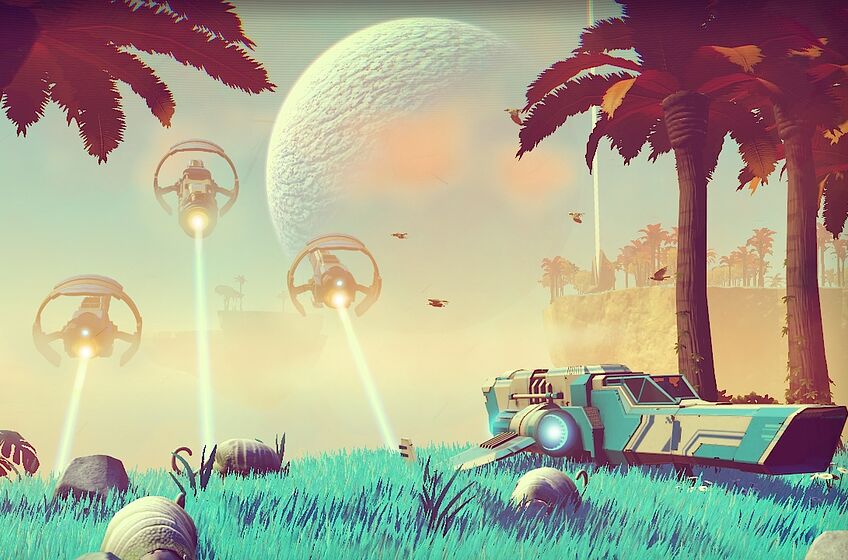 No Man’s Sky pre-orders will likely open on Thursday, but since the listing was removed, who knows?

In a fairly typical blog post highlighting changes to the Playstation Store today, somebody, somewhere, screwed up. For a brief time, Hello Games’s upcoming space exploration game, No Man’s Sky, was listed in the pre-order section with the tag “Out 3/3”. The link, at the time, was broken, but the listing was there: 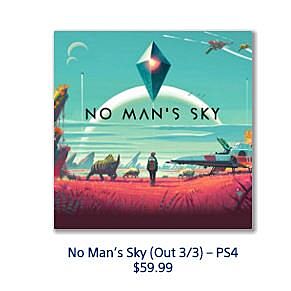 We can confirm it was definitely there for a short time, but has since been taken down. The likely reason is that the news is still under embargo–rumors have been floating around that a new trailer with detailed gameplay will drop this week in the wake of a Sony-sponsored preview of the game. The silence is expected to be broken later this week, now presumably with the pre-order announcement and price of $59.99. It’s also fairly certain that the “Out 3/3” refers to pre-orders, not to a three-month-early release date.

No Man’s Sky is a strange animal. We have lots of trailers for it, even some gameplay, and it all looks beautiful and tantalyzing. Still, it’s hard to put a finger on whether No Man’s Sky will be any good or not. It has promised an enormous open universe to explore, survive, and chart, but with few clues as to what end. “Discovering the true nature of the cosmos” is just vaguely epic enough to have us all asking if it’s too good to be true. Some may balk at the $60 price point before we’ve really gotten a feel for what the game is about. Hopefully, a detailed trailer later this week will put minds at ease. If the mistake on the store is to be believed, we’ll see *something* by Thursday.

No Man’s Sky will release in June of 2016 for PC and Playstation 4.